Is Lasik A Good Idea For 18 Years Old?

You are so considering whether the LASIK eye surgery is a good idea for an 18-year-old or not. For undergoing laser surgery for vision improvement, one should be above 18; this is only established should have a stable vision at least for 2 to 3 years. There could be a fast and steady recovery through the surgery. Also, this helps the surgeon in knowing your vision correctly. Though generally, people prefer to undergo Lasik eye surgery after the age of 21 or 25, then usually, the majority of the people attain a stable vision. But yes, at the same time, there are exception cases handled by many surgeons where an 18-year-old undergoes surgery.

What is the upper and lower age limit for Lasik eye surgery?

There is a mention in various ophthalmologists’ guidelines to surgeons recommend a lower age limit of 21. Now there might be the occasional exception to that rule, and there are surgeons who treat one or more patients with exceptional circumstances at the age of 18 and 19, but yes, guidelines indeed are 21 as the lower limit.

Now there’s no upper limit. Because you couldn’t theory being your sixties or seventies and have a loser eye, there’s no difference in treating the cornea. It’s not as though the surgery wouldn’t work. In reality, patients in their seventies often have a little bit of cataract development or may have developed a cataract already.

Is teenage too early for laser eye treatment?

So it’s just that the upper age limits that if you’re getting into the sixties and seventies, It may be more advisable to have contract surgery. But in terms of the technical side of laser, there’s nothing specific that would exclude elderly patients from having laser eye surgery.

It is often recommended that patients are over 21 before they consider laser surgery, and that’s mainly because the doctors want their prescriptions to be stable, and that’s the primary determiner if you are 20 if you’ve had a drug that hasn’t been stable. Still, it would help to wait at least 2 to 3 years until your prescription is stable. Doctors can treat it. The upper limit of laser surgery is around 55 to 60 cause around that age, people are beginning to see the first start of cataracts may be better to perform a lens surgery rather than a laser source.

How far is the stability of vision crucial for your surgery?

Now it is possible to perform laser surgery on all the patients, and that’s a technique we use to get perfect results from our character surgery. Still, as a primary procedure, you probably wouldn’t do that over about 60.

Many patients and many factors will determine whether you are a candidate for Femto LASIK surgery. First of all, the requirements state that you must be at least 18 years of age or over, and secondly, this is an essential requirement here is that you’re prescription needs to be stable because let’s say your vision is still changing and then one day you go and get the Femto Lasik eye surgery and then you know your vision changes very quickly after that it means then you’d have to go into the Femto Lasik again

So it’s not a good idea to get Femto Lasik done when you’re prescription is still changing.

Role of your cornea in the surgery

Another factor determining whether you are a candidate with corneal thickness and your cornea is the clear window at the front surface of your eyes; with Femto LASIK, the specialist goes in with the laser, and it kind of things down that cornea to correct some of your prescriptions. And so, as you can imagine, you have enough cornea old thickness, to begin with otherwise, when they go down and thin down that cornea, and your cornea is too thin you’re left with nothing so can’t see all right.

Another factor that determines the candidate is your corneal, which is measured like a map of the front surface of your eyes. It measures your cornea’s depth and flatness, so it cannot be too steep or too flat with Femto LASIK. It has to be just right, kind of like, and another factor with lasagna is that your eyes cannot be too dry. There are severe dry eye cases because LASIK, you know it, can make your eyes a lot drier because it’s a procedure done at the front surface of your eyes. Another possible side effect is more glares and halos around the head.

The glare could bother you, especially when driving at night or under any lighting, but many now get used to it, and it doesn’t have too much.

So nowadays Femto Lasik is a very safe procedure it’s a standard way down and is mainly done in hand by the specialists you know it’s perfect for patients who do a lot of sports or physical activities.

You know the benefit is excellent, and it has a good outcome. You know, recovery time it’s rapid. Within a few days, you should be back to seeing 20/20 without any glasses; if you were interested in Femto Lasik, you probably would want to get it done.

Usually, around your twenties or thirties would be the best years to do it. In your 40s, what happens to this condition called presbyopia is when your near vision becomes blurry, which is not something lazy corrected for. So it probably best to get it done in the 20s would be the best time.

Suppose you are genuinely interested in getting advice. In that case, visiting is good eye Hospital or an experienced eye surgeon like Visual Aids Centre would be helpful for you in letting you know whether you are a candidate for laser eyes surgery or not. How to Improve Eyesight for Agneepath Recruitment 2022? 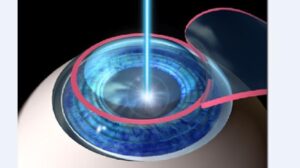 What happens if you go for the Combination of Femto Lasik and Corneal Crosslinking (C3r)? 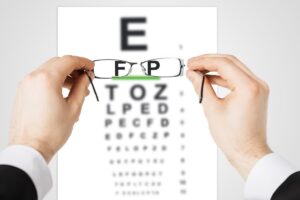 How Many Times Lasik Can Be Done? 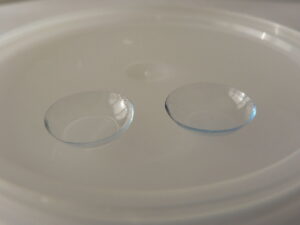 Can You Wear Coloured Contact Lenses After Lasik Surgery? 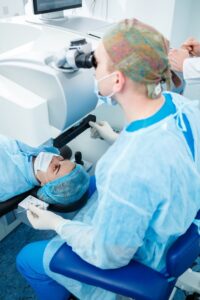 Is Lasik Surgery Good for Programmers?

With the continuous trust you have placed in us, we have successfully performed over 1,00,000 LASIK procedures, the highest number of LASIK procedures done by any eye care centre in India.